Understanding The Purpose of Veterinarians 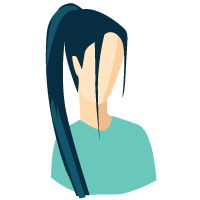 After I became a pet owner, I didn't really understand why I needed veterinarians so much. I thought that my animals would stay basically healthy, but I didn't realize just how much I was up against in terms of disease and illnesses. It was really overwhelming at first to deal with my animal's health issues, but after finding a great vet, things became much easier. I realized that my veterinary team was a lot more important than I had originally anticipated, and it was really nice to have them on my side. This blog is all about understanding the importance of vets and why you should find a great expert near you.

If you have a dog that's older than eight or nine …

Most dogs love to play in water, especially on hot …

A vacation can be a wonderful time where you're ab …

The holidays are a great time for food, sweets, an …

Like many thing in life, there are a lot of varying opinions on whether or not dogs should be given any "people food." Some people think nothing of giving their fur-babies table scraps while others only routinely feed them a raw diet; others still feed their dogs only grain-free food and the next guy serves up whatever is cheapest. Even veterinarians don't always agree among themselves on what the ideal canine diet is. It's the rare dog who never receives a small morsel of human food, however. They beg with their puppy-dog eyes and whining, eventually wearing their human down. There are some foods that can be downright dangerous for dogs, though. Here's a look at three of them.

Just about every dog loves dairy products, especially milk and ice cream. The problem is, dogs are usually lactose intolerant, just like some people. Most human beings have an enzyme that will break down the lactose, or sugar, in milk, but dogs do not have this enzyme. That means dairy foods can cause them to have gas, upset digestion, nausea and vomiting, and either diarrhea or constipation. Cheese has far less lactose than whole milk or cream, but in very sensitive dogs, it can still cause issues.

Onions And Other Alliums

Feeding Fido a leftover plate of spaghetti or any other dish that has a lot of onions, garlic, chives, leeks, or scallions is not a good idea. Even seasoning mixes that contain onion powder or dried onions can be problematic. Alliums cause toxicity in a dog by interfering with the way their red blood cells function. It causes their hemoglobin to oxidize, which makes it thick and clumpy and unable to carry oxygen where it needs to be. They can become dangerously anemic as well. Your veterinarian can see the effects of onion toxicity if he or she looks at a blood sample under the microscope. Cats are even more sensitive, so be extra cautious if you also have feline friends.

A fruit and its dried counterpart seem to be odd things to make a dog ill, but they do. Scientists aren't even exactly sure what specific compound causes a toxic response in canines, but it has been well-documented by veterinarians over the years. The biggest complication is kidney failure, and this can happen quite rapidly. While a dog typically wouldn't be likely to eat a bunch of plain grapes, he may get some in a chicken salad or oatmeal and raisin cookies, for example.

A veterinarian, like All-Pets Hospital, should be consulted about what table scraps you feed your dog at the next veterinary clinic appointment. If your dog has consumed any significant amount of human food, be sure to watch for any signs of distress and call your vet if need be.